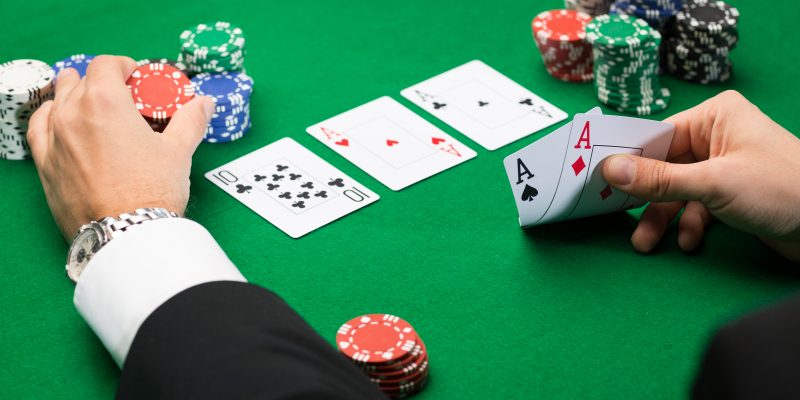 There is no doubt that poker is one of the most famous and regularly played card games. The game has evolved from a casual recreational game to a globally competitive sport with winners taking home tons of money. Every year, poker players take part in the main event of the World Series of Poker, with winners being guaranteed to take home millions of dollars. Since the tournament began in 2004 in Las Vegas, different winners have emerged, with each taking home a considerable amount of money. With this in mind, the following is a top ten list of some of the most famous poker winners in history.

Antonio Esfandiari
Popularly known as “The Magician,” Antonio is one of the highly-acclaimed poker players in the world. In 2012, during the 2012 WSOP The Big One for One Drop tournament, Antonio won a staggering $18.3 million, the biggest win in the tournament so far.

Daniel Colman
Two years after Antonio won his $18 million, Daniel Colman; a 23-year-old American, pocketed a cool $15.3 million during the 2014 WSOP The Big One For One Drop Event. Daniel’s journey to becoming a professional poker player was not an easy one as he had contemplated quitting the profession to pursue a college degree.

Elton Tsang
In 2016, Elton Tsang, a Chinese-based poker player, won $12.2 million during the 2016 Monte-Carlo One Drop Extravaganza. His win was the largest cash prize awarded in a single poker tournament. Elton defeated 25 other competitors who had entered the competition after each of them had spent $1 million to buy-in.

Jamie Gold
Jamie Gold won $12 million during the 2006 WSOP Main Event. The tournament attracted a total of 8,773 different players, with each player parting with $10,000. This made the event the only poker game in history to have a total prize of more than $82.5 million.

Martin Jacobsen
Martin Jacobsen is a Swedish poker player who currently resides in London. In 2014, he became the event’s fifth-largest poker winner after he bagged a cool $10 million during the 2014 WSOP main event. His win was made more remarkable by the fact that he was placed on the third stack of chips, where he managed to finish second.

Peter Eastgate
During the 2008 WSOP Main Event, Peter became the youngest poker player at the time, to win a world series at the age of 22. The buy-in amount was $10,000, and Peter managed to outdo other highly-rated players to win the prize, which at the time, stood at $9.1 million. Peter became a household name after he auctioned his WSOP Gold bracelet, and donated more than $147,000 to UNICEF.

Jonathan Duhamel
The 2010 WSOP Main Event attracted more than 7,000 poker players, but only Jonathan Duhamel managed to outdo the rest and pocket a total of $8.9 million. At the time, the total pool prize of $68.7 million was the second-largest ever in a poker game. Jonathan auctioned his WSOP Gold bracelet and donated more than $100,000 to the Canadian Children Association, making it the largest single donation ever made to an organization.

Pius Heinz
Pius won a total of $8.7 million during the 2011 WSOP Main Event, making him the first-ever German player to win such a massive amount of money. Poker players from an estimated 85 countries had paid the required $10,000 buy-in fee, bringing the total prize to $64.5 million.

Joe Cada
At the age of 21, Joe Cada became the youngest WSOP Main Event winner after pocketing $8.5 million during the 2009 event. Joe overcame more than six thousand competitors, to engrave his name in the history books of poker. Prior to his windfall, Joe had signed a contract with PokerStars, a deal that saw him get awarded $1 million.

Greg Merson
In 2013, Greg Merson managed to outdo Jay Farber, the tournaments favorite, and as a result, he pocketed a cool $8.3 million at only 23 years. The competition had brought together a total of 6,352 players, with rookies, and poker legends registering to try their luck.