Famous Ladies of Poker and Gambling 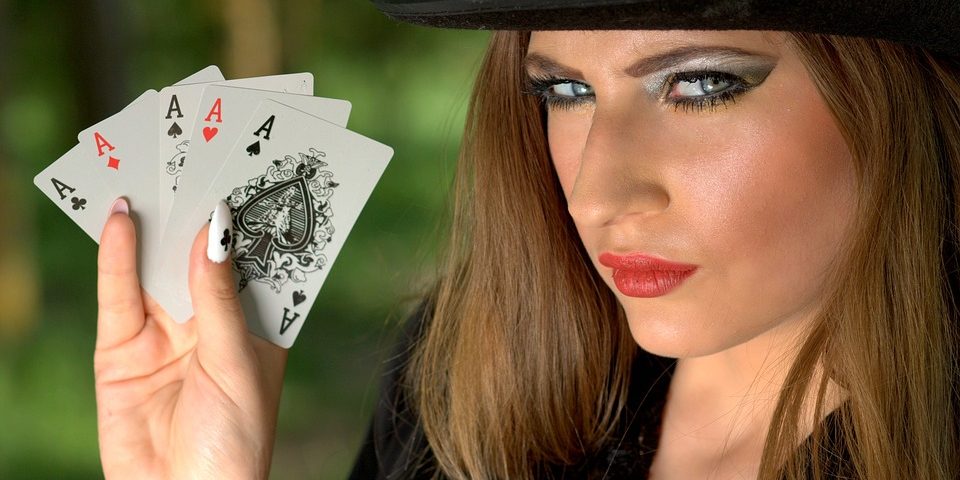 Poker is big fun for the online and local populace. Throughout history, it was shaped in such a way that some would believe most who developed the casino game were men. Women also formed betting, gambling, and poker where it proves it is an everyone game. Here are four famous ladies of Poker and Gambling history.

Alice Ivers also is known as Poker Alice was born in England, but she and her family moved over to Virginia than moving to Leadville. She married when she was young but lost her husband through an accidental death. When Alice won her poker games, where she would use the winnings to buy new clothing items, she not only like the fashion trends, but she also used her clothes as a way to distract her men opponents.

Poker Alice met her second husband in 1890 while Alice was a dealer at a Saloon in Deadwood, South Dakota. They married after she saved her husband from a drunk who was threatening with a knife by using a knife. Alice lost her second husband in 1910 due to disease, but she gave birth to four children. Ivers went back to playing poker after she had to pawn her wedding ring to pay for his funeral. When her first husband passed, Ivers began to solidifying her Poker career as odd jobs were not sticking for her. She either was the dealer or the player in most games.

The only time Ivers would not play poker is on Sundays. Ivers has spoken that through her entire poker career she had gathered around 250 thousand dollars and putting it as today’s terms at three million dollars. She opened her Poker saloon called the Poker’s Palace. Alice Ivers went to jail due to a shot hitting and killing a soldier who was being unruly. After that, she continued gambling, being a madam, and bootlegger. Due to her old age, Alice never served her sentence. She passed on February 27, 1930, after failing health.

Mayme Stocker moved to Las Vegas in 1911 but despite her reluctance to moving to the big city she was the first woman to own a casino license in 1931 legally. She was born in Pennsylvania, and she was the eldest of her siblings. Mayme Stocker married young around the age of 16 to a railroad worker. She was not fond of the former small city of Las Vegas for the lack of everything like sidewalks to things to do. Stocker opened her club, the Northern Club on September 5, 1920. Over the years, however, she slowly relinquished control of her club and leased her club to Wilbur Clark in 1945. She lived the rest of her life in Las Vegas. Stocker was an active member of local political parties, a member of several groups and clubs throughout her life. She passed away in 1972.

Barbara Enright started playing poker at the young age of four. The poker game variant was the five-card draw version. In 1976 Enright began to participate in cardrooms while working as several odd jobs to help her family. She realized that she was making more money playing poker part-time than she was working her three jobs as a hairstylist, bartender, and cocktail waitress. She resigned from her three positions to play poker full-time.

Barbara Enright was inducted in the Women in Poker Hall of Game. She was known best for being the only woman to make to the finales in the World Series Poker (WSOP). The prize was ten thousand dollars, no-limit hold ’em game. She managed this in 1995, placing in fifth place. She was also the first woman to receive two WSOP bracelets, to earn three, and to win at an open event at the same tournament. She was awarded the All-Around Best Play at the 2000 Legends of Poker Tournament winning numerous prizes. She won many more after that and appeared on Poker Royale: Battle of the Ages.

Annie Oakley was more of a performer than a Poker Player. However, she is also known to shoot at Poker cards or playing cards. Her original name was Pheobe before changing it officially to Annie. She was born August 13, 1860, in Drake County, Ohio. Annie had a rough time growing up and going through several different living situations before returning home to her mother. She started hunting around the age of 15, where she would pursue and sell the game. Annie Oakley joined the Amateur Circus to perform while showing off her skilled shooting. Through a shooting competition, Annie won against a man named Butler, from there the two got married. The married couple started to perform together before she went to play for Buffalo Bill Show.

Throughout her time, Annie became the main attraction of the show, earning more, performing high profile people, and teaching women how to shoot a gun themselves. She slowed her acting career down after she was injured that required several operations. The items she shot with remarkable precision was the playing card held on an edge, a card in the air, cigarettes from the lips, and dimes that have been tossed in the air. In the 1920s, Oakley was an advocate for young women and women’s rights and all the while still performing. After setting more records and achievements, Annie passed on November 3, 1926, due to failing health. Her fortune was given to her family and charities she helped.